7 marketing lessons from Hans Christian Andersen (the film, not the person)

But I think everybody should watch this film at least once during their lifetime. Like The Wizard of Oz, it’s a perennial classic, and one of my go-to films when I need a pick-me-up because it’s guaranteed to slap a giant smile on my face.

But assuming you haven’t seen this beautiful film, I’ll give you a recap.

So what does any of this have to do with marketing?

Well, nothing, at least on the surface.

But I take a lot of inspiration from film and TV, and you’d be surprised just how many nuggets of wisdom can be extracted from the things you like to watch in your downtime — nuggets that you can apply to your business.

So now you’re familiar with the story, let’s jump into what you can learn from it to grow your business.

When the ballet company goes on tour, Hans slips into his regular habit of distracting children with his stories. It seems that no matter where Hans goes, there’s always a stern schoolmaster ringing the bell, wondering where the hell his pupils have gone off to.

One day, Hans finishes his story and tells the children to run off to class, but as they do, they rush past young Lars and take great joy in knocking off his hat and slapping his head. Hans asks if he’s unhappy and offers to tell him a special story — the story of The Ugly Duckling. Lars tells him how the other children make fun of him and won’t play with him because he got sick and the doctor had to shave his head. (I’m not crying. You’re crying.)

But Hans reminds him that he’ll be just like the Ugly Duckling. He’ll be a swan.

And it turns out that Lars’ father is the publisher at the Gazette newspaper, who thanks Hans for helping his son and offers to publish The Ugly Duckling in the newspaper.

If anything, this heartwarming tale shows that you never know what connections people in your network have. Keep doing your thing — for the love of it, not with some expectation that they might “owe” you in the future — and don’t unnecessarily burn bridges, and you might be surprised what opportunities come your way.

2. Show up every day

Every day without fail, Hans sits down by the river and tells stories to the children. The children not only come to expect it, but they love it. In the opening scene, a child running late comes sprinting down to the river yelling Hans’ name and asking him to wait for her because she doesn’t want to miss the start of the story.

And therein lies valuable advice for you and your business.

If you don’t show up everyday, people will forget about you. In some cases, they may be downright angry.

Think that it’s okay to turn up at work on Monday and then say, “Well, that’s me done for two weeks!”? Of course not! You’d be fired quicker than a barbecue during a heatwave in Britain.

Think that it’s okay to send in your child for school for one day and then give them a month off?

And it’s the same for your business.

Showing up every day, whether that’s by engaging on social media or sending out an email to your list, is your key to success.

And if you don’t, don’t be surprised that you’ll be forgotten in favour of all your competitors who are showing up every day.

There’s a tendency in marketing to educate over entertain. But what a lot of businesses don’t realise is that the two go hand in hand.

We all want to learn, but that doesn’t mean we want the experience to be like pulling teeth. We don’t want to slog through blog posts, emails, blog posts or social media updates laced with serotonin.

Hans’ stories weren’t just random conjurings of his imagination that served no purpose. They taught children about why being different is never a bad thing (The Ugly Duckling) that there is beauty in things big and small (Thumbelina) and that it’s never a good idea to buy an imaginary suit when it means you’ll be standing naked in front of the whole city (The King’s New Clothes).

Hans could have simply lectured them on these ideas, but do you think that would have been half as effective or memorable?

Likewise, people don’t hop into their inbox thinking, “I wonder what valuable lesson I’m going to learn today!”. They want to have fun. They want to smile and nod their head and feel good.

There is built-in entertainment in stories, so next time you think about sending an email or writing a blog post, think about how you can use storytelling (or simply your personality) to make it entertaining and enjoyable for your reader.

And that brings us to the point that stories aren’t just for children. Stories are everywhere, in the TV series we binge on Netflix, in the movie franchises we rush to see when they’re released, in the TV soaps we watch night after night.

Stories are built into our DNA, from the oral tradition of old and caveman paintings on walls to gossiping with your neighbour about so-n-so.

There’s a great scene in Hans Christian Andersen when the schoolmaster heads to the council to kick Hans out of town, and one of the parents chimes in that he asked his daughter what time it was, and she replied that the minute-hand and hour-hand weren’t speaking to each other — they were both in love with the second-hand, and they wouldn’t make up until they met at 12 o’ clock, and no one could tell the time until then.

Behind him, another parent pipes up, “Say, I like that!”

In an earlier scene, Hans is surrounded by the Burgomaster (the mayor of the village) and several other parents and councilmen.

But the thing is, as Hans is telling this story, the councilmen all start to lean in. They inch closer, and they start to smile.

They want to know what happens next, and they’re only pulled out of this trance by the schoolmaster when he loudly asks if they’ve all lost their senses.

Never underestimate the power of a good story.

This doesn’t mean you have to make up stories that have never happened, like Hans. Instead, look at your own life. What funny little things have happened during your day that you could spin into a tale? It’s okay to exaggerate slightly, make caricatures of the people in your life and leave out the boring bits — you never want your story to be like, “So this happened. And then that happened. And then…”

And if you’re stumped, or you’re uncomfortable using details from your own life (although I’d encourage you to lean into it and do it anyway, because it’ll only make you more real and relatable), use your customers’ stories. Paint a picture of where they were before they found you and where they are now.

There’s a reason people use success stories in their marketing, and it’s because it gives readers someone to relate to — someone just like them, and if that person can do it, chances are, they can achieve it too.

5. Don’t put all your eggs in one basket

When Hans becomes enamoured with Doro, he gets tunnel vision, and he can’t see what everyone else is seeing. When she’s kind to him, accepts the slippers he made for her, or tells him they’ve turned his story into a ballet for her to dance in, he sees it as secret confirmation that she feels the same way. He can’t see that Niels and Doro are as passionate about each other as they each are for the ballet — it’s their life.

The same warning can be given to any business owner. Never become so enamoured with a single platform, channel or method that your view becomes rose-tinted and you can’t see when it’s not working.

6. Create a name for yourself

When Hans is invited to the newspaper office by Lars’ father and gets to see a print of tomorrow’s newspaper with his story in it, he’s overjoyed, but he does make one small request: to change his credit from “Hans the Cobbler” to “Hans Christian Andersen”.

At this point, Hans sees himself as a writer, “a real writer” (and then skips around town singing, “I’m Hans Christian Andersen!”)

With every task you do for your business, it should be with this goal in mind: to create a name for yourself, whether that’s as the best digital marketing company for children’s brands (Enchanting Digital), the Happiest Place on Earth (Disneyland) or the fastest delivery service (FedEx).

So how do you create a name for yourself?

You establish yourself as an expert, and you walk the walk.

Publish content on your blog, reach out to publications for a byline, or just keep doing what you’re doing to get the positioning you want. If you want to create a name for yourself around offering the best possible customer service, make sure you prioritise your customers. If you want to be known as the best place to work, make sure your employees are happy and don’t want to leave.

And when you do publish content elsewhere, make sure that it paints you the way you want to be perceived.

Hans wanted to be a writer, not a cobbler.

We’re not just copywriters, we’re digital marketing strategists and consultants who can do so much more than write copy.

Our final marketing lesson of the day is that you’re never alone.

When Hans is carted off to jail, he stares out of the bars and sees a young girl who asks if he’s alone.

He goes on to explain that nobody’s ever really alone, and that he’s expecting company right about now.

Hans takes out a stick of charcoal from his pocket, paints a little face on his thumb, and fashions his handkerchief into a dress.

Then, he introduces the little girl to “Thumbelina”.

And just like Hans could always count on Thumbelina to put a smile on this little girl’s face, you have someone to count on too.

Because you’re never alone in this fun game called running a business.

My business partner, Sam, and I don’t just have each other to rely on. We have our whole team of Monsters to keep us company.

But we don’t selfishly keep them to ourselves.

We’ve unleashed them on the world to help children’s brands achieve more with their businesses.

So if you’re feeling a little alone in your own business and need some help dominating the search results, making your email list smile at an email, or introducing hordes of new potential customers to your brand, all you need to do is send us a message and we’ll be right there. 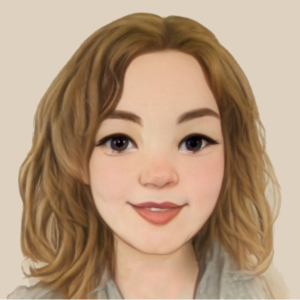 Not sure if email marketing is what you really need right now?

Take our free quiz to discover the biggest needle-moving opportunity for your biz (you know, the one that will make you the moolah, not drain your time, drain your money, and drain your sanity).

Take the Quiz
PrevPreviousWhat Is a URL Slug and How Can You Optimise Them?
NextWhy Is Influencer Marketing So Effective?Next

Give your business a happy ever after

Whether your fairytale ending is sitting pretty at the top of Google, having influencers raving about your products or building a relationship with your email subscribers that leaves them excited to hear from you… and buy from you, we can help you make it happen (all you need is expertise, the right connections, and a little bit of pixie dust).

Get tips, tidbits and the occasional tipple in our newsletter

Get tips, tidbits and the occasional tipple in our newsletter